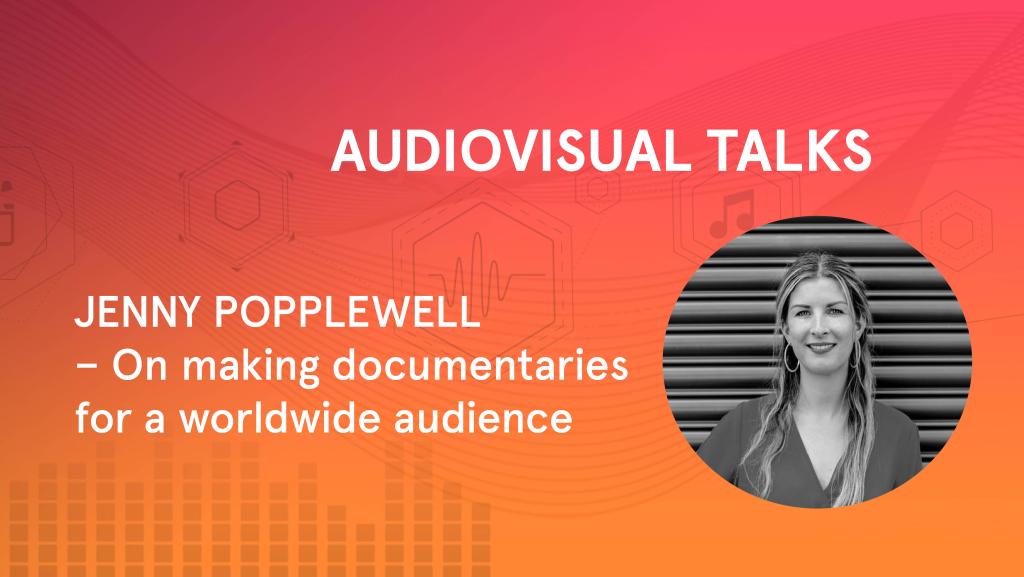 On March 17, Audiovisual Talks invites you to an exclusive webinar with the acclaimed and award-winning documentary filmmaker; Jenny Popplewell. Jenny works in both single and series documentaries with the narrative focus on human stories.

Some of her previous productions include Netflix's most-watched single documentary to date - "American Murder: The family next door", and "Jamie: Drag Queen at 16" which also provided the inspiration for the award-winning West End musical "Everybody's Talking About Jamie" and a 20th Century Fox movie starring Richard E. Grant, Sarah Lancashire, Sharon Horgan, and Max Harwood.

In a conversation with the Swedish documentary director/producer Johanna St Michaels, Jenny Popplewell will talk about her films and the craft behind making them, the different subjects explored and the storytelling devices she utilised. Discussing how  the landscape changed in recent years with the global streaming explosion and the big documentary hit series like Making a Killer and Tiger King? How has it affected the documentary industry as well as the filmmakers?

Audiovisual Talks is proud to present an exclusive conversation between Jenny and Johanna where they will dig deep into the craft of filmmaking – how to find the right subject for your story, pitching, filming, and production strategies (not least during a pandemic) to the valuable editing; where the story comes to life.

The seminar is free of charge but you need to register below. The link to the online meeting is included in your booking confirmation.